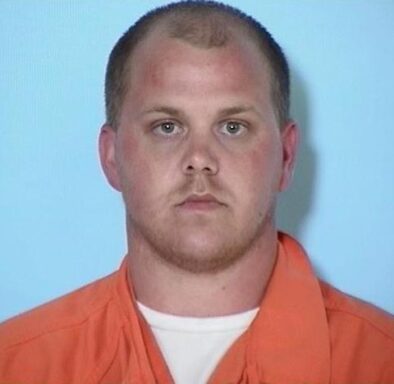 DEFUNIAK SPRINGS, Fla— A DNA test has led to the identity of a suspect of an April 2016 burglary.

On April 23rd, 2016, deputies responded to a report of a burglary on Johns Lane in Alaqua Creek Park where a suspect had broken into a car by shattering a window. Once inside the suspect stole an Xbox 360 gaming system, several Xbox games, a spear gun, a Michael Kors purse, a wallet, cash, clothing and other personal property.  The total property loss was estimated around $2,250.

Fortunately for investigators, at some point during the theft, the suspect bled on the passenger rear seat inside the vehicle.

DNA swabs were sent to the Florida Department of Law Enforcement (FDLE) Laboratory for analysis.  According to FDLE lab report, dated December 4th, 2017, a DNA profile was obtained from the sample recovered from the bloodstained seat.  The report stated the profile would be entered into the Combined DNA Index System (CODIS).  Without a match, the case was closed after all other leads were exhausted.

In a follow-up FDLE lab report dated December 27th, 2017 an investigative lead was uncovered in the case.  According to the report, the DNA profile obtained from the blood-stained seat swabs matched the offender sample provided by Wesley Ray Mason, 29, who was incarcerated at Walton Correctional Institution.  A warrant was obtained for a buccal DNA swab from Mason.  The swab was then submitted to the FDLE lab for comparison.

Mason is still incarcerated at Walton CI and has time left to serve on other Walton County burglary convictions. A detainer was placed in his file with Florida Department of Corrections.  Before he is released he will be transferred to Walton County Jail where he will be served the new warrant.