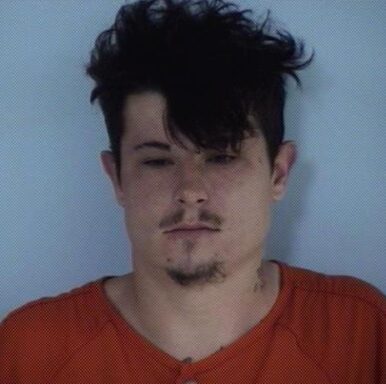 WALTON COUNTY, Fla—A DeFuniak Springs man has been arrested on firearms charges after a fight between neighbors led to shots fired over the weekend.

Before midnight Sunday, Walton County Sheriff’s Office responded to a disturbance call on Bellini Road. When they arrived, deputies spoke with the victim who fled back to his home after a physical altercation in the roadway with someone who lived nearby. During the fight, a firearm was displayed.

After the victim got back to his house, the suspect Joshua Branum, 32, started shouting at him and fired at least two shots. Deputies located one .45 caliber shell casing in the location witnesses provided.

The firearm was then located inside Branum’s cousin’s home after he admitted to hiding it under a cabinet.

Branum is a convicted felon and was arrested and charged with felon in possession and reckless discharge of a firearm. He is still incarcerated at the time of this release and has been issued a $10,000 bond.