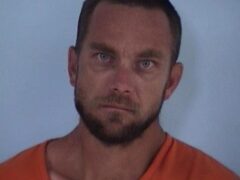 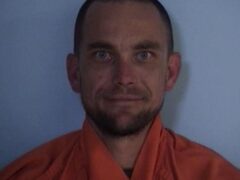 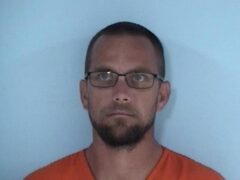 WALTON COUNTY, Fla— A DeFuniak Springs man who tried to lure a child for sex through text message has been arrested by Walton County Sheriff’s Office.

On July 22nd deputies responded to a call for service regarding Virgil Crockett, 35, who was reported to have sexually exploited a 15-year-old female over text.

An investigation launched by the Walton County Sheriff’s Office Criminal Investigation Bureau uncovered chat conversations between the juvenile and Crockett where, within the content of these messages, Crockett tried multiple times to lure the victim from her home to meet him for sex.

One message from Crockett read, “U slipped out I got twenty dollors cash ill give u.”

Crockett also sent a nude image and video to the child asking for her to do the same.

“Well sorry I wish u would have came down or send me a nudes bpic,” Crockett wrote.

An arrest warrant was issued for Virgil Crockett and he was later arrested by Okaloosa County Sheriff’s Office.

Crockett is charged with contributing to the delinquency of a minor, using a 2-way communication device to facilitate a felony, transmitting harmful material to a minor and seduce, solicit, lure or entice a child to engage in unlawful sexual conduct.

Virgil Crockett was extradited to the Walton County Jail on September 16th and was given a $50,000 bond at first appearance Tuesday.