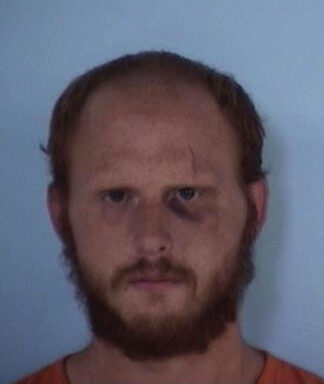 State Attorney Ginger Bowden Madden announced Tuesday John Kyle Botelho entered a plea and was sentenced by the Honorable Kelvin Wells to 20 years in prison for Aggravated Battery with Great Bodily Harm and a Weapon, Battery on a Law Enforcement Officer, and Resisting an Officer with Violence. A jury trial was scheduled to begin today, but Botelho elected to enter a plea minutes before opening statements.

On March 31, 2018, Botelho was walking in the area of East Mitchell Avenue west of Point Washington next to the Choctawhatchee Bay. The victim, who was trimming bushes in his front yard with garden shears, saw Botelho walking down the street and waved at him as he walked by. The man didn’t know Botelho and assumed he was just walking to a nearby park. The man went back to work trimming his bushes but suddenly noticed Botelho standing over him. Botelho then proceeded to punch the victim in the face repeatedly and a struggle ensued over the garden shears. During the fight, the garden shears broke with Botelho getting the part with the cutting blades. He then proceeded to repeatedly strike the victim over the head with the garden shears. Another man who was visiting a friend in the neighborhood heard the commotion and came to the victim’s aid. He was able to beat Botelho off the victim. While helping the victim to his house, the man saw Botelho strip all his clothes off and wade into the bay. The victim suffered a lost tooth and had multiple deep cuts to the top and sides of his head

Deputies from the Walton County Sheriff’s Office (WCSO) were dispatched to the scene and found Botelho in about chest-deep water in the bay. He refused all demands for him to return to shore, so a WCSO boat was sent to the scene. Deputies from the boat and from the shore entered the water to arrest Botelho. During his arrest, Botelho grabbed one deputy and attempted to drag him under the water. He also punched, kicked, and grabbed at other deputies. Only after multiple deputies were able to grab hold of him was he arrested and removed from the water.

The investigation and arrest were conducted by the Walton County Sheriff’s Office. Assistant State Attorney Matthew Richardson prosecuted the case.