COUPLE ARRESTED ON METH CHARGES; THEN WIFE CAUGHT BRINGING METH INTO THE JAIL 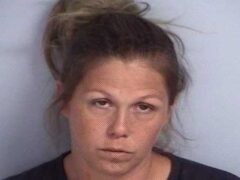 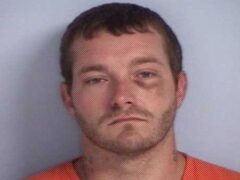 FREEPORT, Fla— A woman arrested following a traffic stop attempts to bring methamphetamine into the Walton County Jail in her underwear.

At 10:45 Wednesday night Walton County Sheriff’s Deputies pulled over a white Chevrolet SUV on Trout Drive in Freeport after the Delaware tag on the vehicle came back not on file. Once the vehicle came to a stop Johnny DeWayne Sparks, 32, exited the vehicle yelling and waving his hands in the air. In 2005, Sparks’ driver’s license was suspended indefinitely after he was arrested eight times for driving while license suspended or revoked.

Sparks was detained and deputies began speaking to the passenger Donna Jean Sparks, 36, when they noticed a clear crystal substance and a wrapper on the driver’s side floor board. The substance in the wrapper and on the floor board was tested positive for methamphetamine.

When searching the vehicle further, deputies located a Ruger .380 with a fully loaded magazine and one round in the chamber. The pistol was wrapped up in a blanket on the passenger side floor board. A box of .380 ammunition containing 26 rounds and a digital scale was also located. In 2009 Sparks was convicted of armed robbery making him a convicted felon.

In addition, a backpack containing a small black bag was found. Inside was a small clear baggy with a clear crystal substance and small zip lock baggies. This substance also field tested positive for meth.

Donna Jean denied any involvement in drug activity. She stated they just bought the SUV and she did not know what was in it. Johnny Dewayne admitted to knowingly driving without a license and told deputies everything in the vehicle was his. Both were arrested.