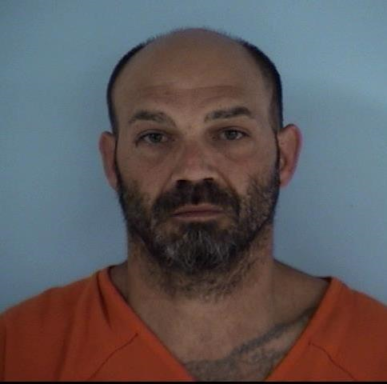 DEFUNIAK SPRINGS, Fla— A suspect leaves his sunglasses and footprints behind after stealing multiple firearms from a business in Walton County.

On April 21st, Walton County Sheriff’s Deputies were called to a burglary at Mosley Monuments where multiple firearms were stolen. Witnesses saw the suspect, identified as Mitchell Spaid, 39, leaving the area.

When Spaid was observed leaving the business with the firearms, he asked the witness if they had a bag he could put the guns in. Spaid’s sunglasses were located at the scene as well as shoe prints consistent with his size shoe.

Walton Correctional K9 Team was called out in addition to WCSO K9 Unit who tracked from the location of the burglary back to Spaid’s residence off W. Michelangelo Road. 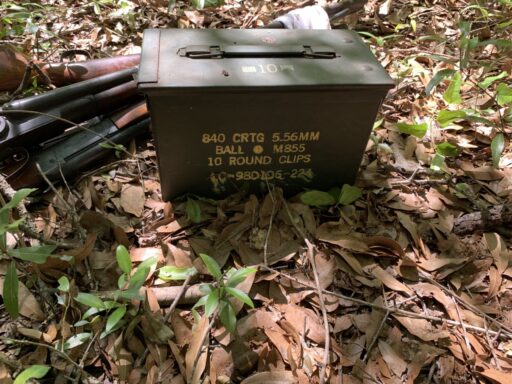 Spaid was spotted walking on a road near his house shortly after the crime was reported and was quickly apprehended. When searched, he was found to be in possession of methamphetamine and marijuana.

Monday, April 22nd WCSO Investigators interviewed Spaid who admitted to stealing all five weapons and stashing them in the woods.  WCSO Criminal Investigations Bureau canvassed the area and located all five stolen weapons and an ammunition can with ammo.

A search warrant was carried out at Spaid’s residence located on a vacant lot in the woods where they recovered two additional firearms and an assortment of ammunition in addition to methamphetamine.  He has multiple felony convictions in the state of Florida.