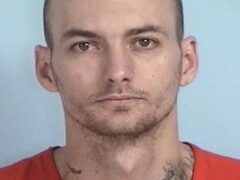 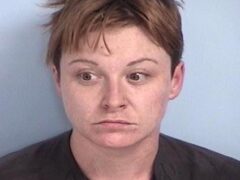 January 30th the Walton County Sheriff’s Office responded to several vehicle burglaries in the Miramar Beach area, one involving a stolen .380 caliber handgun. The two suspects targeted unlocked vehicles stealing everything from wallets, to debit cards and checks. On the same day, two suspects attempted to cash a check drawn on a victim’s account at Regions Bank located at the Cordova Mall in Pensacola, Florida using a stolen driver’s license belonging to a Jeffrey Winkler from California. Contact was made with Winkler’s mother who advised he was currently incarcerated. Winkler’s mother was able to positively identify Daniel Asano, 25, as one of her son’s former friends who had access to Jeffrey’s driver’s license after he was incarcerated. Asano was also suspected of depositing a check into another victim’s account in Gulf Breeze in an attempt to withdraw it.

Daniel Asano and Gweynn Brown received more than 15 charges, including petit theft, burglary of an unoccupied vehicle, grand theft, grand theft of a firearm, possession of a firearm by a convicted felon, and armed burglary. Asano was extradited on February 24th and Brown was extradited today from Jacksonville.