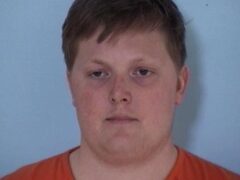 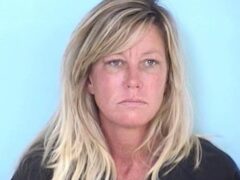 Santa Rosa Beach, Fla— A senior trip ends in the arrest of a substitute teacher out of Montgomery, Alabama following a complaint of a naked female in the roadway early Friday morning.

March 24th at approximately 12:35am deputies responded to the area of Sandcastles Court, in reference to a young naked female in the roadway with two males. When deputies arrived they observed two highly intoxicated individuals exiting the house at 43 Sandcastles Court.

One of the men, Mr. Walton McClendon Johnson, 28, stated he was the guardian and there were underage students inside the house drinking in their rooms. He advised he was aware of the illegal consumption of alcohol by minors, but that he did not provide the alcohol to them.

The deputies approached the home and noticed several open containers of alcohol visible through the door’s window. The deputies knocked and were allowed inside and located several cases of beer and several bottles of liquor. All of the alcohol was in plain view and accessible to everyone in the house.

Everyone in the house knew the alcohol was there and was participating in the party. Marijuana smoke was present in the home and several containers of marijuana and controlled pills were located throughout the kitchen and living room.

The deputies on scene arrested 21 people for minor in possession of alcohol, mostly boys, and all were transported to the Walton County Jail. Thirteen other juveniles were released with a notice to appear. Thursday morning a chaperone from the same school district, Misty Dell Brooks, 42, was also arrested for open house party after deputies found several underage students, mostly girls, with alcohol.

Mr. Johnson was charged with 13 counts of contributing to the delinquency of a minor and open house party.