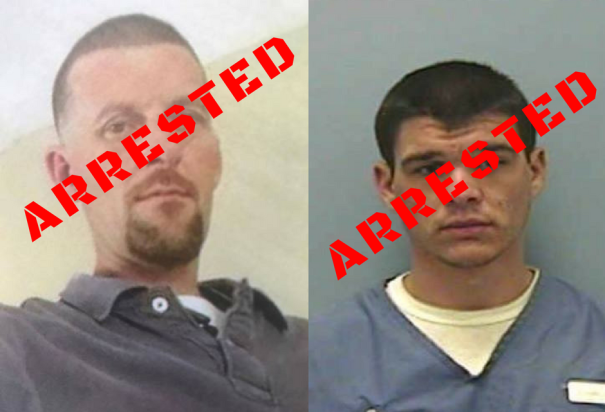 On April 29, just before 11 p.m., Walton County Sheriff’s Office deputies responded to 12889 U.S. Highway 98 West following a 911 call from the store’s owner. The caller said two suspects broke into the store using a hammer and a crow bar and began shattering display cases to gain access to jewelry before the storeowner fired an unknown number of shots with his .25-caliber handgun at the suspects. The caller stated he might have hit one of the suspects before they both fled the scene on foot.

The incident was captured on surveillance video and investigators identified Timothy Vignolo, 32, and Joshua Graves, 39, as two primary suspects. It has since been confirmed that Graves sustained a gunshot wound during the heist.

Vignolo was arrested on May 11 by Meridian Police Department in Mississippi after being involved in a traffic crash where he was driving under the influence. In addition, Walton County Sheriff’s Office investigators have arrested Michael Goins, 60, of Alpine, Alabama for also being involved in the crime.