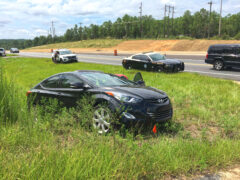 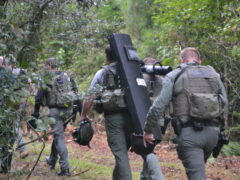 DEFUNIAK SPRINGS, Fla— A Walton County inmate was severely burned Thursday while trying to start a piece of equipment.

At around 8am Thursday morning, Jason Brase, 22, an inmate assigned to a county work crew received 3rd degree burns while assisting his work supervisor with a piece of equipment off Engles Road in DeFuniak Springs.

As Brase was frantically trying to put out the fire on his clothing, Escambia County inmate Reco Brewington, 26, immediately removed his own coat, gained control of a panicked Brase and subsequently put the fire out.

After he was transported, medical staff present at the hospital said that if it had not been for the efforts put forth by Brewington, Brase’s injuries would have been far more extensive.

Brase underwent surgery Friday and was released on Saturday.