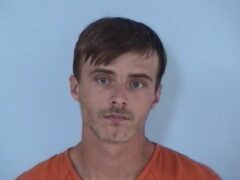 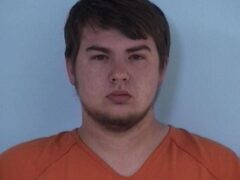 Santa Rosa Beach, Fla— Two burglars wreaking havoc in three counties finally slipped up. All because they picked a bad place to park.

Deputies patrolling Watersound North community early Wednesday morning came across a white Toyota Tundra parked in a construction area. The deputies blocked the truck with his patrol car and then climbed onto a bicycle to check nearby trails.

The truck had been previously identified by several area agencies as being involved in a string of burglaries in Bay and Walton Counties.

In minutes deputies spotted an additional truck pull up in the area attempting to pick up two men coming out of the woods. Four were taken into custody.

“We knew we would catch these guys eventually,” said Sheriff Michael Adkinson. “They are responsible for dozens of burglaries and thefts spanning over a year.”

Two of the four men admitted to several burglary sprees including incidents in Cypress Breeze, Seabreeze, and Watersound North areas of Walton County. They even confessed to the 2017 burglaries in Seacrest where thousands of dollars of fishing equipment was stolen and multiple YETI coolers.

Ryan Nichols, 18 of Port St. Joe and Jackson Taylor, 21, of Panama City Beach were arrested and charged with loitering and prowling.

Bay and Gulf County Sheriff’s Offices and the Panama City Beach Police Department have been instrumental in developing additional information and recovering some stolen property.

Additional charges for Bell and Robinson are expected out of Panama City Beach and Bay and Gulf Counties.

“These men openly admitted they didn’t touch cars that were locked – even if there was something they wanted,” said Sheriff Michael Adkinson. “If we keeping getting the word out we can hopefully stop these criminals from taking advantage of our residents and visitors.”

Walton County Sheriff’s Office is encouraging residents to protect yourself from those who would take advantage of unlocked vehicles. HIDE your belongings, LOCK your doors, TAKE your keys!