In March of this year the Department of Children and Families began an investigation into allegations of child neglect on Paula Jane Gray, 59, of 622 Paradise Island Drive. A complaint on Gray alleged the defendant had a juvenile staying inside the home with approximately 10 dogs and more than an inch of feces covering the floor. While outside the residence, DCF reported a strong smell of animal feces and observed several animals in the window of the house. However, the child was not staying at the home at the time.

On June 7th an investigator with DCF further investigated the allegations and found the child present at the home. During the investigation the DCF investigator took pictures of the inside of the home describing it as “smelling heavy of ammonia and covered in animal feces”.

“It turns my stomach that someone would force a child to live in this kind of filth,” said Sheriff Michael Adkinson. “There is absolutely no excuse for it.”

Gray was charged with child neglect without bodily harm and was transported and booked into the Walton County Jail on $5,000 bond. 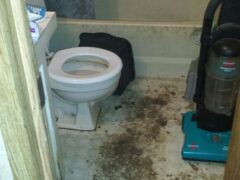 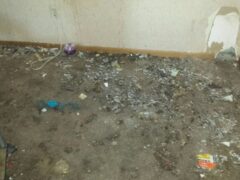 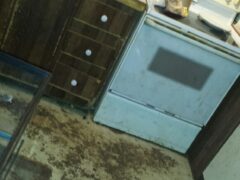