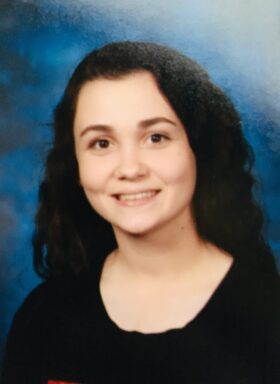 WALTON COUNTY, Fla— A 17-year-old has been missing for more than 24 hours and Walton County Sheriff’s Office is asking for the public’s help in locating her.

Roni “Kallisa” Gavin Money was last seen at her grandmother’s home in Villa Tasso early afternoon on December 2nd. After an argument, Kallisa left the home and has not been seen or heard from since.

Kallisa is a white female, approximately 5’2 and weighs 110 pounds. She has long wavy dark brown hair and brown eyes. Kallisa has no vehicle or funding and her direction of travel is unknown.

Walton County Sheriff’s Office has checked with Kallisa’s friends and past acquaintances and has been unable to locate her.

Anyone with information is asked to call Walton County Sheriff’s Office at (850) 892-8186 or you can remain anonymous by calling Emerald Coast Crime Stoppers at (850) 863-TIPS. Submit a web tip at http://www.emeraldcoastcrimestoppers.com/ or send a mobile tip using the P3 Tips Mobile Application or the Walton County Sheriff’s Office smartphone app.