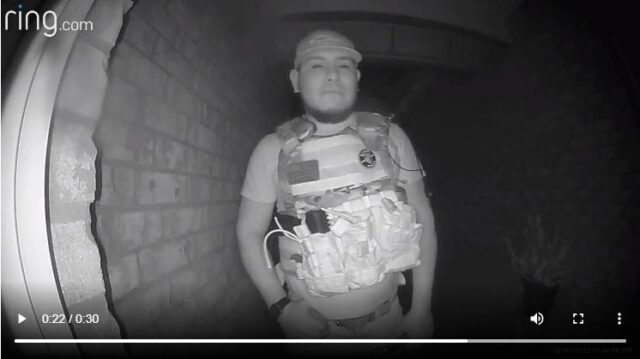 WALTON COUNTY, Fla— A Santa Rosa Beach man is arrested after he went door-to-door in the middle of the night dressed as a law enforcement officer.

In the early morning hours Thursday, Ulises Chaves Turrubiates, 27, can be seen on multiple Ring doorbell cameras pulling on the door handles of residences located on Corte Pino in Santa Rosa Beach.

The video is alarming, as Turrubiates, wearing a tactical vest and what appeared to be a black firearm tucked into the front, tells the camera he is looking for someone and that they are under arrest. 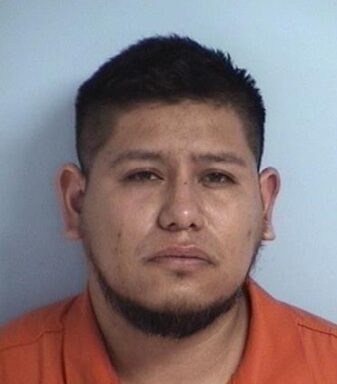 The following day, deputies were able to identify and locate Turrubiates near the intersection of East Julie Street and 1st Street who said he was looking for someone after a domestic dispute but was not trying to alarm anyone. When deputies asked about the weapon, they discovered it was a mace shooting device shaped like a gun.

Turrubiates was arrested and charged with loitering and prowling and impersonating a law enforcement officer.