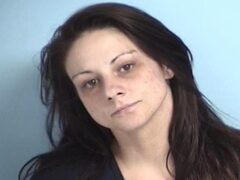 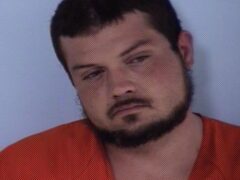 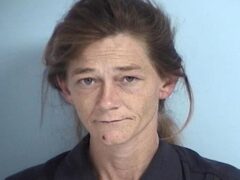 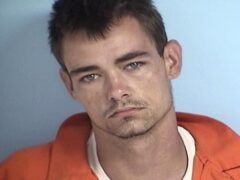 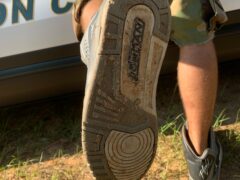 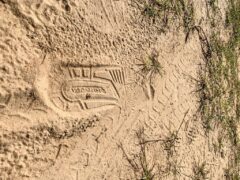 Just before 5 o’clock, the victim called Walton County Sheriff’s Office reporting four people forcibly made their way inside his home. The suspects then pistol-whipped and struck him several times. During the struggle, one of the intruders fired off a round from a pistol.

All four subjects then fled the area in a gold Cadillac sedan, taking no property from the home. The victim told investigators the confrontation was regarding ownership and payment for a generator.

Investigators located and collected a .22 caliber shell casing in the front yard near the victim’s front door and photographed tire and shoe imprints in the yard outside the home.

Seth Robbins, 23, was located at 48 W. Orange Blossom.  Investigators located a loaded .22 caliber Kel-Tec under the couch where Robbins was sleeping. Robbins was taken into custody.

Jennifer Spaid, 41, was located at 84 E. Tulip Avenue. She was taken into custody and was found in possession of methamphetamine.

Taylor Anderson, 27, was taken into custody at 22 E. Violet. Anderson’s vehicle, a gold in color Cadillac, was located, impounded and towed to WCSO’s evidence lot.

All four subjects have been charged with aggravated battery with a deadly weapon, burglary of an occupied dwelling with a firearm, criminal mischief under $300. Spaid was additionally charged with possession of methamphetamine.

All were given a $50,000 bond and remain in custody at the time of this release.