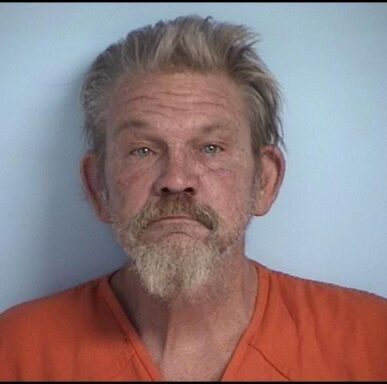 WALTON COUNTY, Fla— A traffic stop for erratic driving leads to the arrest of a DeFuniak Springs man for aggravated battery with a deadly weapon.

Thursday evening a Walton County Sheriff’s Deputy pulled over a vehicle driving erratically on Highway 90 near Girl Scout Road. The driver told deputies had been shot at a home on Wee Acres in DeFuniak Springs. During the same timeframe, a 911 call came into dispatch reporting a shooting at the same location.

Deputies responded to the Wee Acres address and made contact with the suspect, Steven Wutke, 63.

It was later learned Wutke shot the victim in the hand during an argument where both parties had been drinking. The victim then left the home with permission from Wutke to use the vehicle to seek medical attention.

In cooperation with the State Attorney’s Office following an investigation lasting throughout the night, a warrant was issued for Wutke who has been arrested and charged with aggravated battery with a deadly weapon.