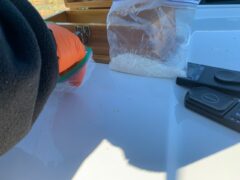 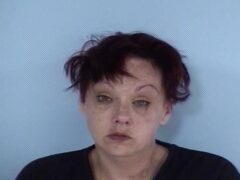 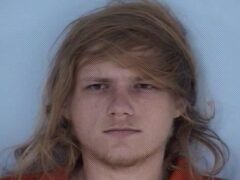 The incident was called into the Walton County Sheriff’s Office at 7 am Friday, where the Pastor reported a gray/silver vehicle pull up to the church. He told dispatchers a male and female got out of the car and placed a box next to the building and left the area.

When he went to investigate the box, the pastor discovered a powder and crystal-like substance inside.

Deputies quickly located the vehicle nearby and conducted a traffic stop based on the information given by the witness.

Jeffrey Dillon McCain, 21, and Michelle Marie Hakenson, 37, were the occupants of the vehicle and immediately requested a lawyer.

A follow-up was conducted with the preacher who positively identified the vehicle and McCain and Hakenson as the suspects put the box at the church.

The pair were arrested, the vehicle was towed to WCSO impound, and evidence was collected.

Hakenson and McCain are charged with trafficking in meth, distribution of meth at a place of worship, and possession of drug paraphernalia. Both were given a $100,000 bond.